Bus #44, “The Poulsbo Loop”, is a collaborative new transportation route designed by the City of Poulsbo and Kitsap Transit that connects most of Poulsbo via one bus route that runs every half hour. The route links Olympic College to retail outlets such as Albertson’s and Wal-mart, local shopping and restaurants at the historic downtown waterfront, and Highway 305.

We created the brand identity for the new bus route, including a theme and graphic art to differentiate Bus #44 from the other routes on the Kitsap transit network. Cartoonish characters ‘ride’ the bus, including a college student, Olly the Octopus, a farmer, a troll representing the Sons of Norway, and, of course, a Viking. Local landmarks accessible from the route are also depicted on the bus: the Seaplane Base at Poulsbo Marina; the Martinson Cabin, a 100+ year-old home of Norwegian immigrants; Poulsbo’s trifecta of craft breweries; and the founding of the present-day city of Poulsbo by Jorgen Eliason, whose crew traveled 18 miles from Seattle by rowboat. We also directed the video and PR campaign for the new bus route. 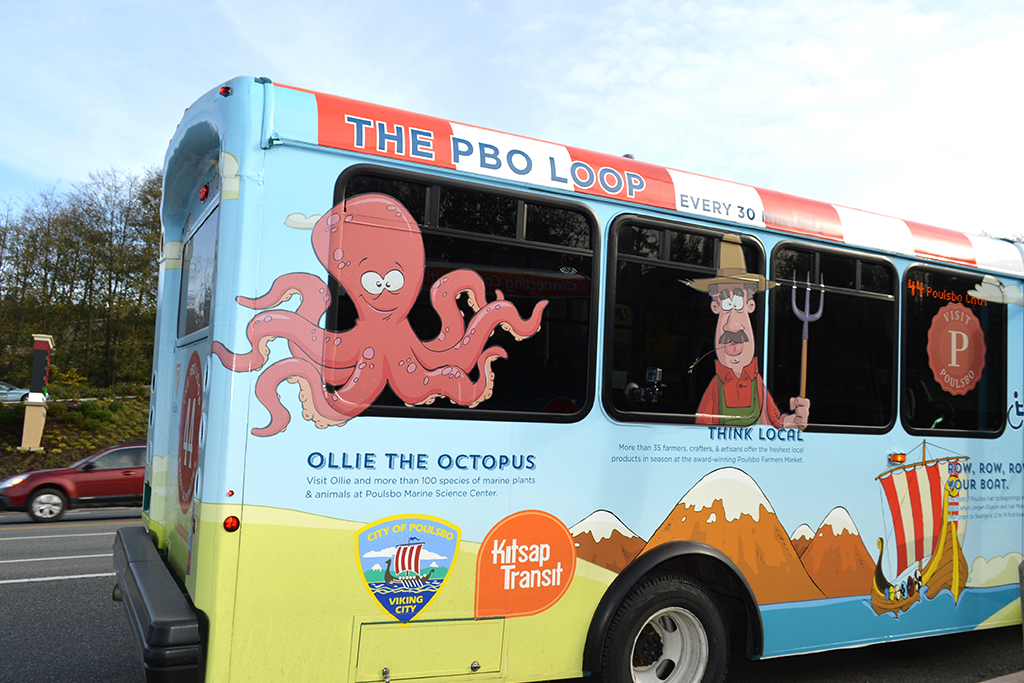